By Lori Feldman in Uncategorized | 0 comments 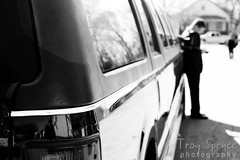 It was one of those miracles that you thought could never happen to you. These things only happen to other people.

Like the motorist who stopped to help change a tire on a limo. Only to find out the limo belonged to Donald Trump who, in gratitude, paid off the guy’s mortgage. But, I swear, my miracle really did happen. I have the Tweets to prove it!

In March, on a very busy day when all of us were working in the office, our Internet connection decided to go down, up, down, up, down, etc. This happened for over an hour. I do work in the neo-sticks, so outages happen every few months or so…but only when we really need the Internet (know what I mean?)

I just couldn’t bear calling Charter Communications and having their robot ask me, “Is your modem plugged in?” At least now they have an “outage hotline” where you can say your zip code, and they’ll tell you if you’ve drawn the short stick for the day. But we weren’t on that list.

So I did what more and more people are doing now when they want to complain: I went to Twitter to tweet about it.

Amazingly, my rant was answered instantly by @UMatter2Charter, aka Eric Ketzer:

Here’s what’s so amazing about using Twitter for customer service: You get to converse with real people! Think about it. When was the last time you could call up customer service and talk to a native-speaking live person without having to follow a bread-crumb trail of number prompts and then wait on hold till your fingers cramp gripping the phone?

It’s easy to despise the cable company (and it gets easier the longer you wait and your problem goes unfixed), spit blood and give yourself an anxiety attack over all the missed phone calls (we use VOIP) and urgent emails. But Eric is a great guy who’s actually eager to do something about the problem! It’s better than Xanax!

And, he has a sense of humor. Who is this guy, and why is he working for evil Charter? I must go look up his profile.

This is how “diffusing the situation” translates to social media. I knew my trusty new friend, Eric, was on the case, so I could relax and focus instead on finding out why the cable company with one of the worst customer service records in the history of poor communications had suddenly appointed this very nice man, this…Communications Manager…this Umatter2Charter Team Leader to personally concierge my problem. On Twitter. Unbelieveable!

After this, I took a chill pill and accepted that my staff and I would just have to work on non-Internet-dependent things for the day. I gave in to the higher power of Internet-less and left Eric to his job of…communicating…

After what was really not very long, Eric solved our issue. Only took 10 tweets (that’s nothing in the Twitterverse). Then he followed up and offered to send a technician just to be sure everything stayed fixed. Such a prince. I immediately tweeted all my Twitter followers that we really did matter to Charter! Who knew??

At the end of the week, Eric was back with the ultimate Twitter compliment, the #FollowFriday, where you recommend your favorite twitterers for others to follow. @Umatter2Charter #FollowFriday’ed me!!!

What a good thing Charter has done. Don’t you think every big company should follow Charter’s example? (Hey, ATT, you listening?) Wouldn’t there be fewer Xanax prescriptions filled? And less churn for these companies? I say it’s about time we put a few automated attendants out of business, don’t you?

Postscript: Eric’s Twitter handle has been entered into our database for future cable 911’s. And, of course, I followed Eric back on Twitter. Nothing is as sure as death, taxes and Charter outages. But now I know a guy.

What’s it like to work with The Database Diva?